How does Ayurveda treatment can reduce the symptoms of Degenerative Disc Disease – by treating the cause of degeneration???

Sree Subramania Hospital > Blog > Ayurvedic Treatment Advice > How does Ayurveda treatment can reduce the symptoms of Degenerative Disc Disease – by treating the cause of degeneration??? 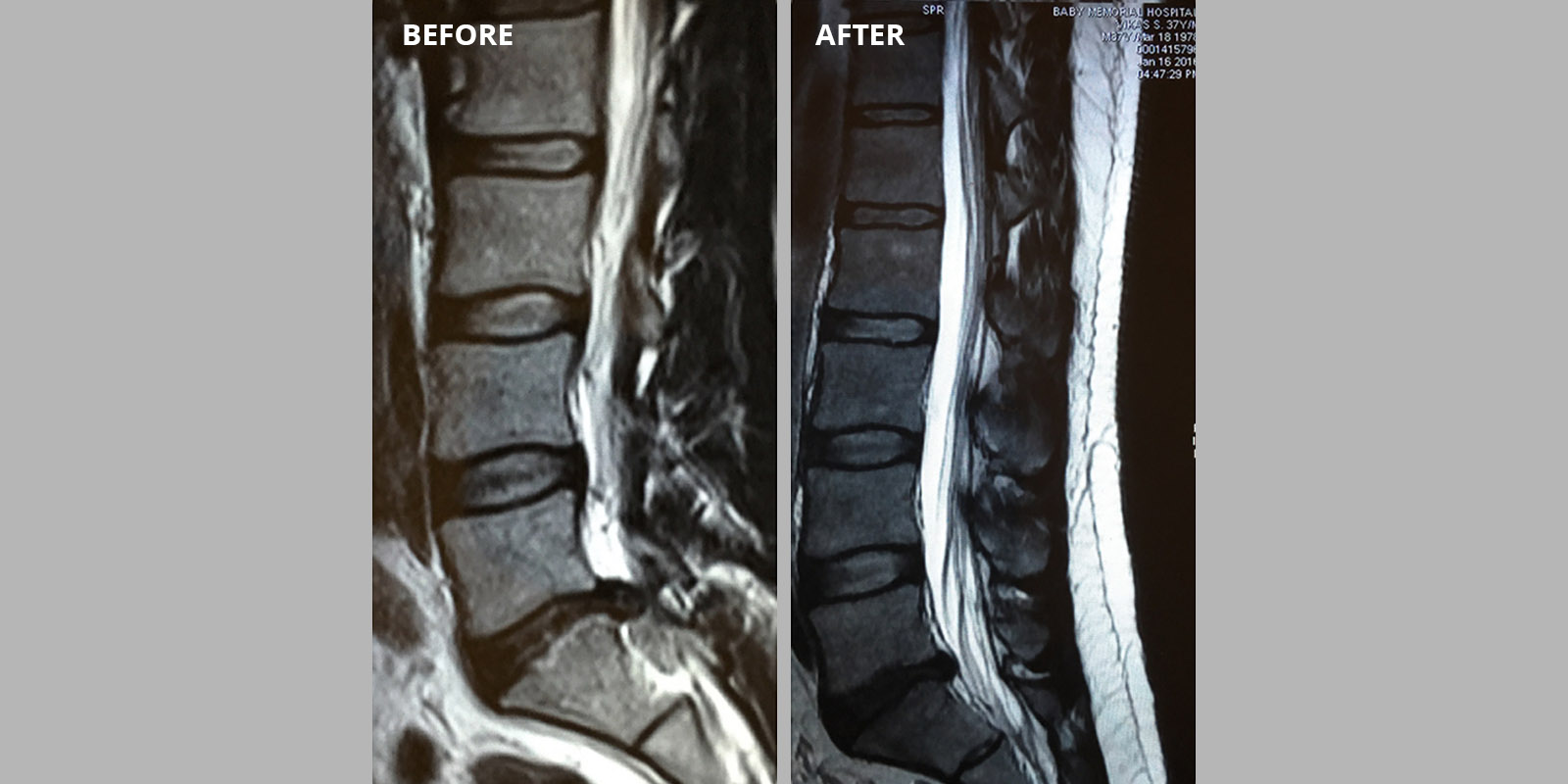 How does Ayurveda treatment can reduce the symptoms of Degenerative Disc Disease – by treating the cause of degeneration???

As we reach old age, our spinal discs degenerate, which may result in – Loss of fluid in disc. Tiny tears or cracks in the outer layer appear which causes the disc to bulge (Herniated disc). Herniated discs can start pressing against nerve roots, when a disc degenerates which releases inflammatory protein that irritates the adjacent nerve and can lead to causes of severe pain and numbness.

How does “Basti Karma” works in Degenerative Disc Disease??

According to Ayurveda, the (active principles) of the ingredients used in basti (enema therapy) gets absorbed and through the general circulation it reaches to the site of the lesion and relieves the disease.

Pharmacokinetic studies have proved that drug administered through rectum can achieve higher blood levels of the drug than oral route due to partial avoidance of hepatic first past’s metabolism. The rectum has a rich blood and lymph supply and drug can cross the rectal mucosa as also they can other lipid membranes. Thus, unionized and lipid soluble substances are readily absorbed from the rectum. The portion absorbed from the upper rectal mucosa is carried by the superior haemorrhoidal vein into the portal circulation, whereas that absorbed from the lower rectum enters directly in to the systemic circulation via the middle and inferior haemorhoidal veins. Thus, administration of drugs in the basti form has faster absorption and provides quicker results.

The rectal wall contains neuro receptors and pressure receptors, which are stimulated by various bastidravyas. Stimulation results in increase in conduction of sodium ions. The inward rush of sodium ions through the membrane of the unmyelinated terminal is responsible for generating the action potential. Generally the action potential is initiated by increase in permeability to sodium ions. Saindavalavana(rock salt) present in basti probably generates the action potential and helps in diffusion and absorption of bastidrvyas. The drugs may increase the normal bacterial flora of endogenous synthesis of Vit B1, Vit B12 &Vit K, which is normally manufactured by bacterial flora. Vit B12 may have a role to play in the regeneration and maintenance of nerve cells. Basti karma reverses the effect of degeneration by enhancing immunity.

Effect of “Kati Basti” in BACK PAIN

While performing Kati Basti over the effective region with medicated oils, result in nourishing the local tissues and strengthens the spinal cord. This quickens the process of healing and gives good results.

From the curative point of view, various medications apply which soothe the severity of pain, and improves functional ability.