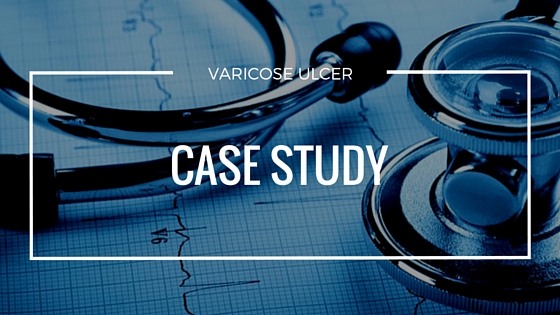 Varicose ulcers are wounds that occur due to improper functioning of venous valves usually of the legs.

Venous ulcer usually occurs when venous valves that exist to prevent backflow of blood do not function properly causing the pressure in veins to increase.
In Ayurveda this condition is considered as Dusta Vrana. It can be managed with specific Sodhana therapy. 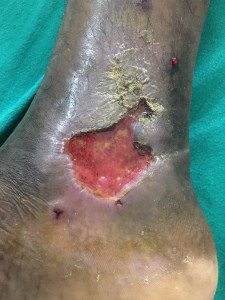 We started treating him with Jaloukavacharana after 3 days of Raktha Mokshana the ulcer seems to be healing but oozing from ulcer increased with severe pain. Triphala Kshalana was continued with Raktha Mokshana. 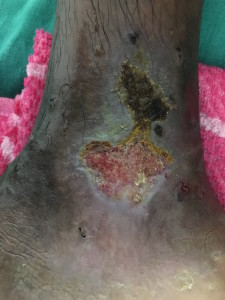 The pain in ulcer persisted and after 7 days of Raktha Mokshana, Njavvara Kizhi with Manjal was started. 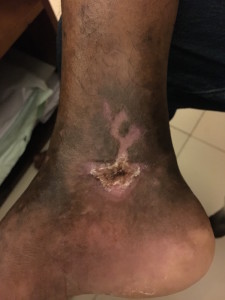 After Njavara he was feeling better ,and after 7 days of Njavara treatment he got discharged. He was given internal medicines and during next visit his ulcer seems to be healed  85%.

If you suffer from Varicose Ulcers or any other ailment please contact us for excellent advice and treatment. Sree Subramania offer some of the best Ayurvedic Treatment in Kerala.